The story of a family

Everything began in the Albesani vineyard in 1948. A long succession of rows of vines, cultivated by our grandparents and used to make wine. 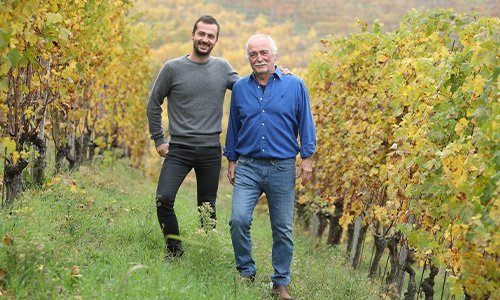 The Busso philosophy was clear right from the start: to make wines that expressed their terroir. The estate was established in 1948 by Guido, Piero’s father. As time went by, our idea of wine became more and more precise. Following Guido’s untimely death, at the end of the 1970s, Piero Busso, who had always been closely bound to the area, took over as head of the winery, producing the first bottle of Albesani Barbaresco in 1982. An important step, which clarified the direction to be taken by our production from that moment on.

The wine we strive to bottle is a wine that respects the land, the vine and the fruit. A wine that is able to draw out the characteristics of all three, without distorting them and without forcing things.

With the purchase of new Cru vineyards, we expanded the range of wines produced. In 1985, it was the turn of Barbaresco Bricco Mondino, vinified from grapes grown in the Balluri area (here in Neive). The next addition was Barbaresco Gallina, in 1999, followed twelve months later by San Stunet (Treiso).
Barbaresco is the page on which we continue to write our idea of wine, respectful of the suggestions that come from the terroir, the exposure and the peculiarities that characterise its spirit.

In 2010, in memory of Grandpa Guido, who believed so strongly in the greatness of the Albesani Cru, Barbaresco Albesani Viti Vecchie was born. We make this wine exclusively with grapes from vines planted in the 1950s.

We have always pursued an approach linked to respect for the earth, which goes beyond the organic certification attained, choosing to use no herbicides and no chemical products, employing sustainable treatments and a green attitude well before environmental awareness became as widespread as it is today. 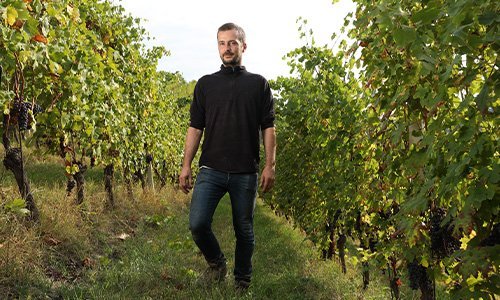 Our working life reflects our family life: in terms of size and characteristics, our winery has always been like this. Piero, his wife Lucia and their children, Pierguido and Emanuela, take care of everything. From work in the vineyard to harvesting, from winemaking to sales. Every aspect of daily life in our winery passes through the hands and in front of the eyes of one of us. With the same passion and the same enthusiasm as always!

Today, the Busso family runs the winery in Neive, with 10 hectares of vines.

Barbaresco has always been the heart of our production.